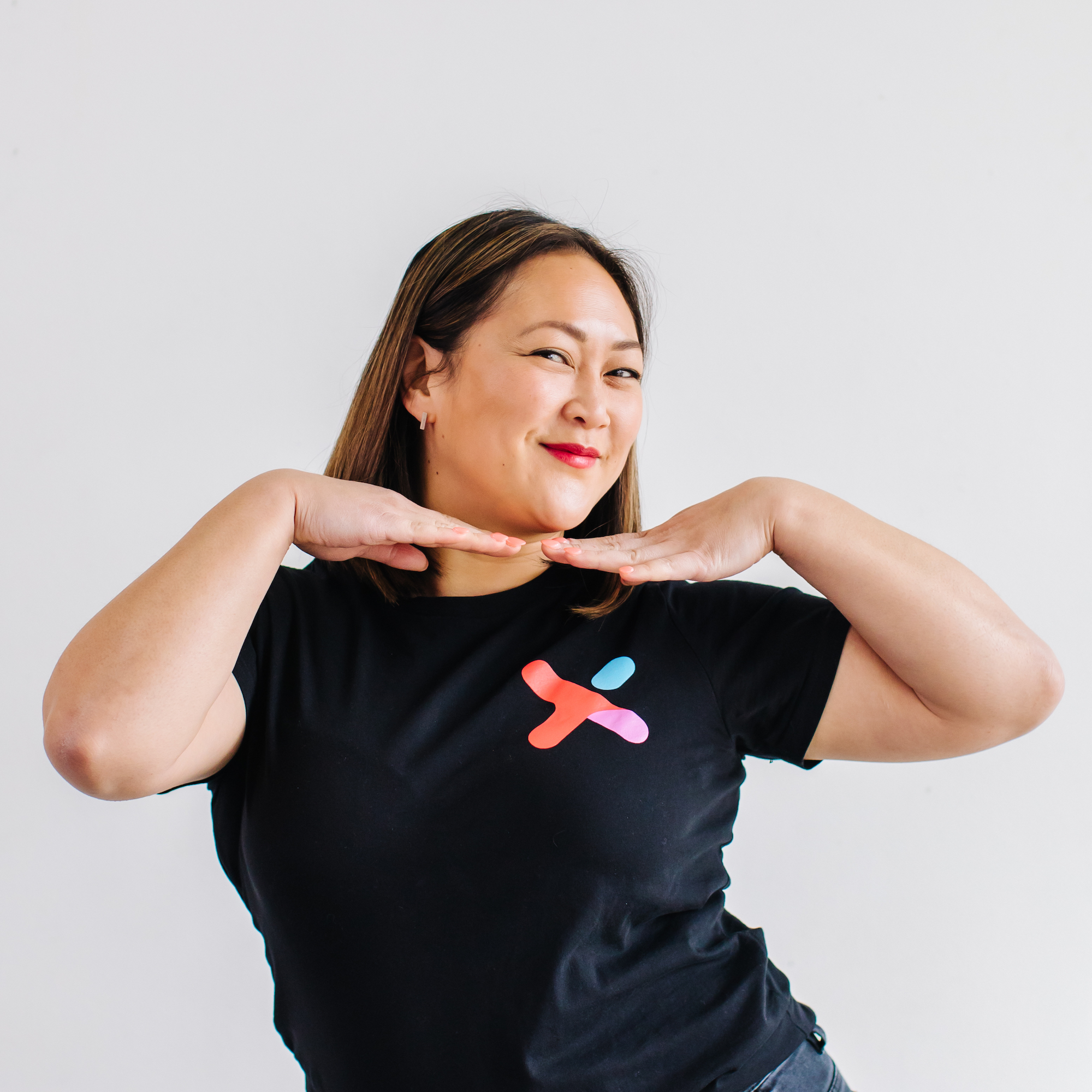 Who is Jeanette and what is this article about? I’ll sum it up - all-round awesome human who you’ll hear talk about her tips on networking and getting shit done.

A bit on Jeanette

What gets you excited to get out of the bed in the morning?

I want to change the people in charge of making decisions in business and technology and government. The leadership of those companies should reflect the society that we live in and it doesn't currently, and a good way to do that is to empower more people earlier so they can either start businesses or be influential in businesses.

Why is that something you want to change?

There's a lot of untapped talent and unrealised ideas and potential. If you have the same kinds of people making the same kinds of decisions based on lived experience, you're not going to get the amazing, diverse ideas that you could get by consulting all kinds of people and leaders. So if we have more diverse leadership, we'll have better care for people and the environment, and we’ll treat people more nicely. We'll also have products that reflect what people actually need, and bemore inclusive in the way we approach that.

You’ve previously talked about how younger people can challenge these existing structures. Do you have practical tips for people to do this?

I get that it's really intimidating to speak up for stuff you believe in. You can increase your chances of being heard by doing a few things.

One is having done your research about what you're actually suggesting. So making sure what you're presenting is backed up by data, Do so make sure you've done your homework before you actually present the idea. Sometimes it's a good idea to present a few ideas because behavioural psychology says that someone will - if they have three options - be more likely to pick one than if you just present one.

Another is to get allies in the workforce or in the team or somebody who they trust at a more sort of mid or senior level who can be on their ally. So, if you feel a bit nervous in a meeting about speaking up, if you've pre-warned your ally that you're going to say something, then they can have your back in that meeting.

The other thing is to have a little bit of proof, like if you've actually got this idea and tested it somehow - whether it's just by asking a few people, maybe drawing up a sketch or something like that - and getting feedback, sometimes presenting the results of your test can be really powerful too. So that's a situation where they say sometimes it's better to ask for forgiveness than it is permission. Obviously don't go and like spend your employer's resources on something without permission. But, if you've done bit of a test you should have some data.

What’s your approach to networking?

Expanding what I call your surface space as a human is one of the secrets to great networking. It helps when you go in with a mindset that I'm not just here to be a cog in the wheel and talk about work, so not just going in with, ‘Hey, I'm a founder and I do this’ - I’m also a foodie and I ride an e-scooter. It’s all of the little things that make you who you are. I have a cat, you know, she's a ginger cat. I have a Springer Spaniel. The best conversation I had with one of my contacts at an event was about our cats. And I think it’s just being who you are showing who you are, and the different areas of your personality that you’re comfortable to share.

Also - listen for clues. If someone says, “I’m glad to be back at the office, but I think my dog's missing me straight away”, I'd be like, “Oh, what kind of dog? I love dogs, what kind of dog do you have?” and getting into that more personal connection straight away. It shortcuts a lot of the work stuff.

Say I’m going to an event - do you have any tangible tips there?

Power posing makes a massive difference before going to an event. If you're ever nervous before a presentation or interview, literally power pose for two minutes, make your body physically large for two minutes, and that changes the chemicals in your body. (link to TED talk here - https://www.ted.com/talks/amy_cuddy_your_body_language_may_shape_who_you_are?language=en)

So another tip I have, when you go there you'll see clues. There’ll be people who will be hanging around the drinks table or they might be in small groups of two or three. Just kind of scan the room, take a moment, and go - okay, this person is friendly, this person looks like they're lonely, maybe I can go and make friends with this person. Go up there and introduce yourself, and I have a nice opening question, which is either “What's been keeping you busy lately?”, or “What brings you here today?”, or “Hey, what did you think of the speaker?”. “Or I really like your bag” - you know, a gentle opener, which doesn't have to be too hardcore about work. “How's the salad?”. It honestly could be anything.

So I think it's about getting over the fear of making that conversation, cause everyone's probably got the same fear. So think about it like you're doing someone a favour.

And how do you actually go deeper in that? Like after you have that initial opener.

You got to listen. You've really got to listen and you've got to respond. So when you said you liked Game of Thrones. And I was like okay, I know one thing about that whole fandom, which is that we're waiting for the last book. And so I just threw that out going, I wonder how deep of a fan he is. And you could have batted that back and maybe be like, “Oh, are you a massive fan, or have you just watched the show?”

So just be curious, like what does this mean about this person? And so then you would find something, something more about me, and then you go actually, no, she's just watched the show, but what she really likes to watch is… Because I probably would have shared that, and then you start to get into those conversations.

So you're really curious about the other person, and you’re even more curious about what things you might have in common - you’re listening for clues.

Separately, a fun life-hack is if someone says, “Oh, I'm a founder and I'm looking to meet people who are in renewable energy.” If you know someone in that room who works in that space, introduce them. So “My friend John over there works in renewable energy, I'd love to introduce you, come with me.” You've just added value immediately and they'll be really grateful for that.

(for an in-depth discussion around networking by Jeanette, LUNA Startup Studio has a great panel event they held which you can view here)

I've heard that you encourage your team to start before they’re ready. How does this actually play out day-to-day?

One of the things you have to train yourselves out of after school is trying to get the HD. I was always pretty academic trying to get top scores and stuff. Great to be a high achiever and to have high standards of yourself. But I think if you are always trying to get the HD with everything you do at work, you'll end up getting into analysis paralysis, you know?

So day-to-day, when I see my team in a situation where they're maybe talking about things too much, my steer to them is always, “Okay, who's going to make something who's going to prove this? Who's going to show me the smallest piece of evidence that your idea is correct? Because if they're arguing about it, I'd rather than prove it out and say, “I tried this and this - actually option eight works.”

In start ups, there’s the mindset of being action-oriented, so “I’m just going to do this, let’s see what happens”, but it can be tough because you’re not sure if you’re doing things right.

Yeah. I understand that. Recently we had a team offsite, so the whole HEX team went away for two nights to get to know each other after never meeting for two years.

And my new newest team member, she's still at uni, basically said, “I have no idea what I'm doing. This is the first time I've ever done this job and I’m just winging it. I hope I'm doing what you guys want.” And my response to her was actually, I feel the exact same.

You know, as the CEO and founder, I've never done this job before, this is my first time doing this job. I'm winging it! (laughs). I'm hoping that I'm doing what my team and my customers and my investors want. And I think one of the secrets you learn as you get older is that no one actually knows what they're doing.

All I'll say is you get better at making decisions with the information that you have at hand. You get better at going, “Okay, I need 10 points of data. I've actually got 6, that's enough for me to make a decision. “I wish I had confidence that this was going to be absolutely right. I'm about 70% confident. I'm just going to go for it.”

How do you reframe that self-doubt?

If you look back at everything you've achieved, no matter how old you are, there'll be a couple of things you've done where you’re like, “Actually that's pretty cool.” It’s not bragging because you actually did them, you know? So I would encourage everyone to get really comfortable with owning the wins that they've had.

And another thing is, does the imposter syndrome ever go away? Not really. And I think a little bit of healthy self-doubt is good. Cause it means you never going to be an arrogant prick that just rides over everybody else and doesn't care what they think. But you’ve got to balance it with, “How much self-doubt is enough to make me question and get curious”, versus “This is how much it's going to stop me acting”. And I think I get inspired by, well, if I don't act, who's going to get this mission done? Who's going to take care of the students I care about?

So if you're the kind of person that doubts themselves, try to find an inspiration outside of yourself that you're serving, so you're actually serving a mission rather than serving yourself.

Do you have a reframe for making decisions?

I've wrote this to my team the other day, I was like, everything is new and everything is hard. Almost every week in startups, you're doing something brand new that you've never done before. So for me, I reframe that trepidation of starting, as something new I’m doing. And I know it's going to be hard, and I'm okay with that because it's new and so I'm not expected to be great at this. I shouldn't be an expert because I've never done it before.

<< back
You're in 👍Expect an email soon ~
Oops! Something went wrong while submitting the form.