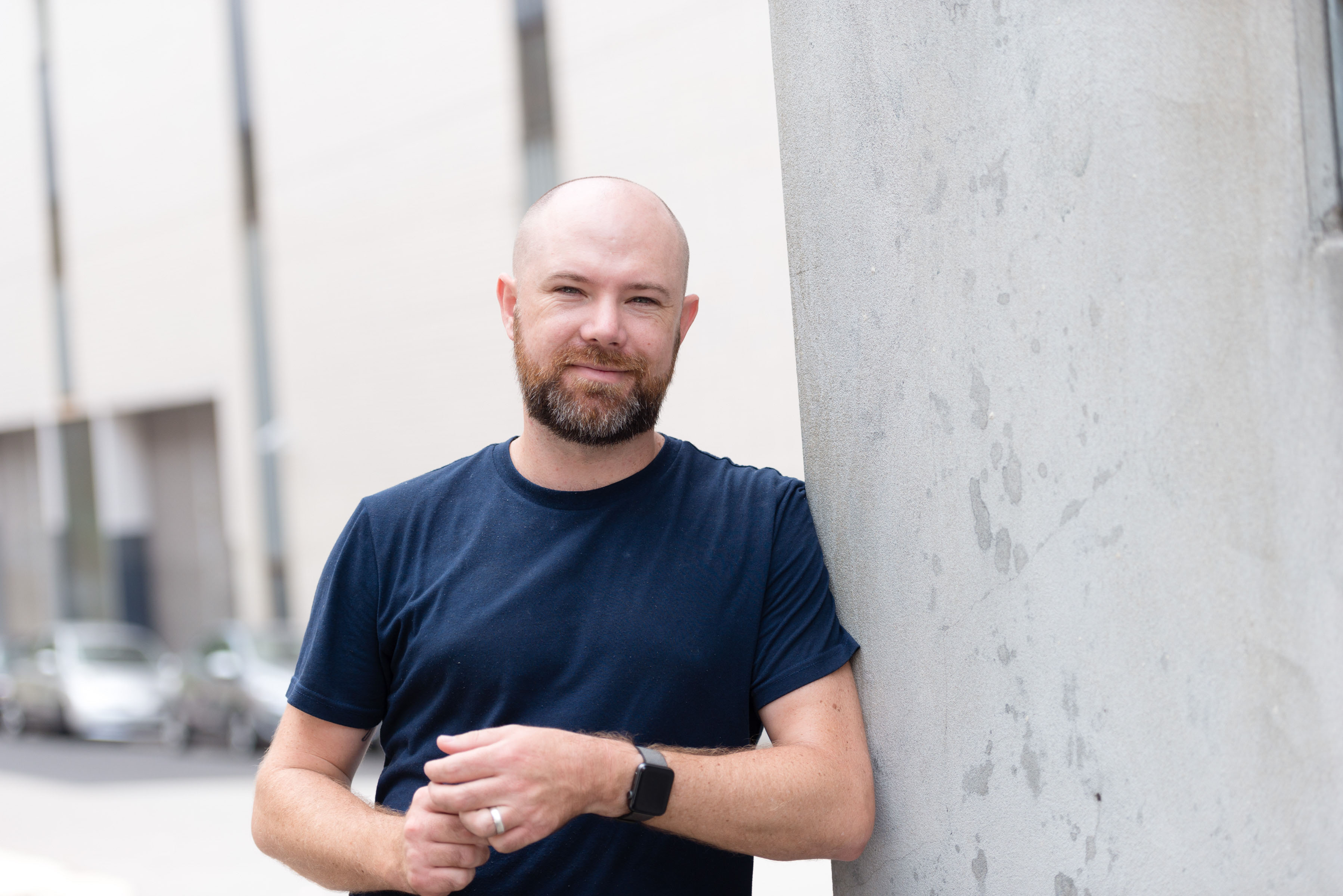 Joel Connolly has been many things: Artist manager of platinum selling bands, and director of a craft beer festival. Before all that, Joel worked in event management, part of which involved sorting a 20L bucket of screws. Joel is currently the Creative Director at Blackbird, which invests in startups and high-growth tech companies. He is also Head of the Blackbird Foundation, that aims to inspire and unleash creativity in young people. But how’d he end up there? (spoiler: Joel planned none of it) I reached out to Joel for an interview as a recent university graduate. He was generous enough to lend his time, and the following are excerpts from the chat. We touched on his journey from finishing uni to now, what advice he has for people starting out in their career, and what to do when you don’t know what to do.

How did you navigate life after university?

Joel: The truth is that I didn't, and I was too naïve to have a plan or to understand maybe, how competitive the world was. I did like a Bachelor of Arts and Communication with a major in Theatre Media. I did that at a regional university. And when I graduated, all I wanted was a job that I loved to do.

The first thing I did was enrol in a masters program. So I was like, I'll do another year, cause I've got a girlfriend who's a year below me and I dunno what I'm gonna do yet. And I'm not sure I'll get a job just purely on my certificate. So [before that] I did that extra certificate - I think it was in cultural events management, and that later led to a masters.

They both trained me in something really tactical. Well it didn't just train me, it also gave me a certificate with the name 'Cultural Events Management'. From that all I did was go to the place that was advertising for the most jobs. So where does a kid graduating go to look for work? I was like, I don't know. I'll go to SEEK, cause that's the job search platform. But I didn't know what I was doing is the truth.

And I went there and I saw jobs advertised at councils for events managers. So you can see the line was clear between what I was trained and what I went to. So I got a few months into doing that work. I worked for a few different councils and I found it to be not very rewarding; [well] parts of it were rewarding. The best part of one of the jobs was at Marrickville council when my boss Siobhan gave me an event to run on my own, so I got to be creative and do what I wanted to do with that event; she gave me a really long leash.

How did that lead to music?

I realized after I ran my own event that the other work I had to do was a lot of low level [stuff], like spreadsheets and copying data from one spreadsheet to another. That's kind of the bones of event management. I didn't like it, but I knew that I loved music. And I was listening to a lot of music on this station called the FBi (Free Broadcast Inc.), and found bands that I liked, and I was getting in touch with them just saying, “Hey, can I buy some records off you?”. And they were writing back to me saying, “No, because we don't have any printed”, and I was like, “Well, why not?”, and it was like, “We don't know.” So I said, “Okay well, how about I help you get some printed?”. I was offering to help bands and I was just doing it for fun.

Then after a few months of doing something I was really passionate about - cause I wanted to be closer to bands, cause I believed in the music - one of the bands said, “Hey, do you wanna work with us more officially? You've helped us, do you wanna be our manager?” And I didn't know what that was. I had no idea what an artist manager was. Long story short, I started doing the work, met a friend of mine from uni who was doing the same thing, and so I asked him if he wanted to join up.

We started really tiny with small bands, then over years of running our own business, [we managed] platinum selling bands, selling 5,000 capacity venues. And that was my first job, I just made my own job, and it was just based on the fact that I loved music and I followed that and I didn't know where it would go, or if I was good at it. But I just followed that passion I had which was music, and it led to an eight or nine year career that saw me traveling all over the world and going to festivals and concerts and hanging out with bands and all kinds of things I love.

And this is a really long answer. The point of that story is I just was following my heart, and I was just putting one foot in front of the other. I wasn't looking 10 or 15 years ahead or planning a career move, I just was doing what I wanted to do now. And I didn't realize it at the time, but I think that was the best way to prepare myself for the workforce and for serious work. Letting go of the notion that you gotta know what's coming in the future - cause you don't - and just put one foot in front of the other and that will lead to other things, was my general belief at the time.

Speaking for myself at least, I think there’s a pressure to know what you want to do in life. But the way you put it, it’s sort of being okay with uncertainty.

So the idea that you'll know now what you wanna do for the rest of your life is just so false and it's not realistic. In my view, the best thing that you can do is just dive into things that you want to do now.

It reminds me of a saying: that you can only see what’s around you, and it’s only from moving forward that the view starts to change.

Yeah, totally. Like how do you know what you can't see? You dunno what you don't know. If you can't see it, how can you imagine it? It's really, really difficult to do that, but you know what, the answer is you just go on, you just start walking out into the world and you'll meet those people.

If you've been at university, and before that school, and that's been your whole life, which is the case for most people, you're not gonna know many people who have done things that are off the beaten path or [have] created their own path because you just know people who have been in school.

So I think the way you conquer that is by starting something. It doesn't mean you have to go out there and start your own thing from scratch, it just means doing a job anywhere, somewhere that you think is slightly interesting doing anything, like it doesn't matter. And you know, by exposing yourself - what do we say at Blackbird? - we say you've gotta increase the surface area of luck. You're not gonna encounter change or new things in your life if you don't take that first step somewhere. You have to increase the surface area in your life for more things to happen.

I'll tell you, so I didn't get a job at council straight away, they didn't have a job in my field. And so my first bridging job out of university was working for Sydney festival, helping bump in and set up their shows. Like bumping in and setting up event work is real hard yakka. I remember this one point I got up, I was staying at my mom's place, Copacabana on the Central Coast at the time. And I got up at 3:00 AM or 2:30 AM in the morning to drive to the train station in order to get me to Sydney in time for 5:00 AM. At 5:00 AM we met at Redfern in the middle of some like bizarro warehouse, we loaded up our utes and we drove around the city and put up these placards. And I did that for 4 hours, I put the signs up all around the city.

Another day I was working in the domain, they had these like ‘opera in the domain’, ‘jazz in the domain’, ‘symphony in the domain’. There were all these events in the domain which needed to be set up. And part of that was building semi-permanent structures that would sit on the site. So like roofs for site offices and walkways and shelters and things like that. Boss handed me a bucket of a giant - like must have been 20L - bucket of screws of about four different sizes. And he said to me, “We need to re-use these screws and we're gonna put them on the roofs and on the gangways and on the other things, but we need to sort out the sizes. So I need you to sort through and separate a 20L bucket full of screws into their four different sizes.”

Like, is that what you imagine you would be doing after you graduate at a four or five year degree? You know, you've spent all this time in academia doing all this hard work, you think you're entering the world at a certain level, and then you’re handed a bucket of screws to sort through.

My point is, it's something, it was progress. And that led to council, cause I got to go into the councils and say, “Hey, I just do all this site work. I know how to do large scale events.” And then that led to me running music festivals and beer festivals and doing all these things on my own. It's like one thing led to another led to another led to another. When I had the bucket of screws in front of me, I had no idea it would lead me to having a band win awards and working in a venture capital firm, but each of those things led to it.

I don’t know, life is full of experiences, but you've actually gotta go and have them in order for you to learn or to grow or to do anything really. So my advice always is, don't get too caught up in thinking about your plan and your career and the prestige or where you need to end up - just do something. As long as it speaks to you and you care about it, you got a shot of being happy.

It’s not the status stuff, those things never lead you to be happy. It’s following your heart and following things you believe in and that you want to do. You gotta work for your whole life so you wanna make sure that time is spent doing things that speak to you and fill your heart up.

<< back
You're in 👍Expect an email soon ~
Oops! Something went wrong while submitting the form.